What did King George II of England do with the Royal Charter, which he signed on June 9, 1732 and which provided for the settlement of what is now the State of Georgia? The answer is that he gave it to General James Oglethorpe, a 35-year old soldier and member of parliament.

Oglethorpe and a small band of settlers then crossed the Atlantic and reached what is now the mouth of the Savannah River early in 1733. They then sailed 18 miles up river to the site of what is today the City of Savannah. Oglethorpe selected the site as being easy to defend and had soon erected a circle of forts to protect the new city, some of which stand to this day. The King had not turned over to Oglethorpe a land flowing with milk and honey. The area was far to the south of the nearest British colonies in the Carolinas.  The land was swampy and, for much of the year, the climate was humid and unhealthy. To make matters worse, Oglethorpe needed to spend much of his time and resources fighting with the Spaniards who controlled Florida. It is greatly to Oglethorpe's credit that the new colony of Georgia survived and that he founded the City of Savannah.

It can be said that Savannah was the first "planned" city in North America. Oglethorpe laid out the roads of Savannah in the shape of a series of 24 squares. In fact Oglethorpe seems to have been a very decent man. He fiercely opposed negro slavery. He worked for good relations with the local Creek Indians. He fought against "the press gang", which forcibly conscripted civilians into the Royal Navy. Finally, he retired to England and enjoyed a long and happy marriage before dying at the age of 88 in 1785.  He therefore lived to see the birth of the new nation, including Georgia as the thirteenth and youngest colony. He much approved of this turn of events and was very happy to welcome John Adams, when he arrived in London as the first US ambassador.


Oglethorpe married Elizabeth Wrighte, who brought into the marriage a property named Cranham Hall, Essex, which she had inherited from her father and brothers. Cranham Hall lies only 20 miles to the east of Central London. Oglethorpe lived there for the final 30 years of his life. In fact, he died there. The story of James Oglethorpe made a big impact on me. I had learned all about him when I was passing through Savannah in 1963.  Fourteen years later, in 1977, I was therefore intrigued to read in the press, when I was living in London, that Cranham Hall was for sale by auction. I attended that auction. There were plenty of people there, but few bidders.  I was one of the bidders and the property was eventually knocked down to me at a low price. I had become the owner of a historic mansion and six acres of land. It was my plan to restore Cranham Hall as a museum telling the story of Oglethorpe's eventful life, and then to open it to tourists from Georgia.  Perhaps the State of Georgia would even help finance it. There were two major obstacles to my idea. Firstly, Cranham Hall had fallen into disrepair and the costs of its restoration would be huge. Secondly, it was not the actual house in which Oglethorpe had died. The original Cranham Hall was built prior to 1600. It had burned down soon after Oglethorpe's death.

In 1800, the present Cranham Hall was built on the same site and incorporated a small part of the old house. Yet that is not quite the same thing as being the house in which Oglethorpe had died. All Saints Church is adjacent to Cranham Hall.  Oglethorpe and his wife are buried under the center of its chancel, but I still needed the original Cranham Hall to make my scheme credible. Fortunately, I was quickly able to sell the property to a local millionaire at a good profit. He made it his own home and restored it beautifully. The Oglethorpes, resting peaceful in the church next door, must surely approve.

Another fourteen years passed. I found myself in Savannah once again in 1991.  Pat and I were living in Florida at the time. At the time, our children were enthusiastic Girl Scouts, so the family made a weekend trip to Savannah to visit the birthplace of Juliette Gordon Low, the founder of The Girl Scouts of America.

The house in which she was born in 1860 is located on Oglethorpe Avenue, Savannah. It is an elegant mansion, built in 1821, furnished in the style of the 19th century and including much of her artwork and memorabilia. It was well worth the visit and the project reminded me very much of what I had once hoped to do for General Oglethorpe at Cranham Hall. Nevertheless, the visit gave me a longer opportunity to inspect the squares with which Oglethorpe had laid out Savannah. The grid pattern is unique. The squares are now full of tall oak trees providing much needed shade from a hot sun. One square contains a statue of Oglethorpe himself.  Another contains a memorial to the Indian chief who permitted Oglethorpe and his party to settle. Square after square of well preserved 18th century houses make this a very special city. 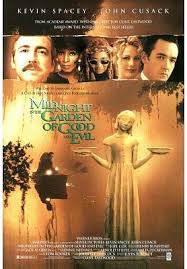 It was thrilling to see the architecture of Oglethorpe form the background to the famous 1997 movie "Midnight in the Garden of Good and Evil", which is set in Savannah. Today, Savannah pays tribute in many ways to Oglethorpe as its founding father. He surely deserves it.